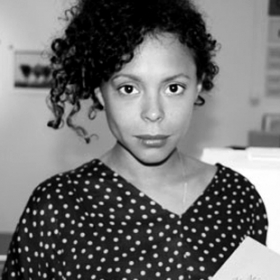 Graphic Designer and former student
at Beckmans College of Design

Why did you decide to become a designer?

After high school I moved to Barcelona to study fashion design. However, I never finish my degree but instead I started working as an assistant for the fashion brand El Delgado Buli. We were only three people in the office therefore our roles were quite fluid. I discovered graphic design when I worked on our lookbooks, before that I hardly knew what it was. When I moved back to Stockholm I applied to Beckmans Collage of Design. I felt that graphic design was a way for me to work within different fields that I have a strong interest in.

Tell us about your final project at Beckmans Collage of Design and why you chose it?

My proposal was for a new edition of the book Staden (The City), written in 1901 by Anna Branting who was a critic, author and also married to the former Prime Minister Hjalmar Branting. Staden is one of the first tales of a city written by a woman in Swedish literary history, but hasn’t been republished in a hundred years. I wanted to bring this novel to light since it’s written in a way that still feels modern and manages to pin point a social climate that rings true today. I chose it because there are many parts I find interesting such as the design aspect and how you can communicate a book in different ways. I think Anna Branting describes a dilemma she experiences in her social setting as a woman, I can relate to that. The personal connection was an eye opener, I suddenly found that I understood myself better.

Anna Branting is torn between a kind of childish anger towards her surroundings and the need to fit in. This ambivalence is evident in all her personal relationships and later towards her own profession. I have had a similar approach to my own surroundings, there are attitudes that upset me but at the same time I do want to be a part of a context.

No one discussed gender issues when we graduated ten years ago. How is it today?

I think the discussion at Beckmans Collage of Design have grown stronger since your first presentation of Hall of Femmes. Before that I felt that I didn’t always fit in, I think it was mostly about the absence of female professors within certain fields of study, such as typography. Your initiative was therefore very welcome, you described something I think many of us recognized. During my second year I invited Vanja Hermele to lecture about equality in the design community. She brought up the fact that many female students »disappear« after they finish their degrees. They either change direction and work with something unrelated or take less prominent positions professionally. Of course this does not only have to do with gender issues, but also with a work climate that is highly competitive.

What are your expectations for the future?

I’m expecting my first child so of course I’m full of expectations. After that I want to continue working on my final project, to publish Staden. I also hope to find a professional context that is exciting and to work with people I can learn from.

Everything has its own time, a good advice to someone who is impatient.