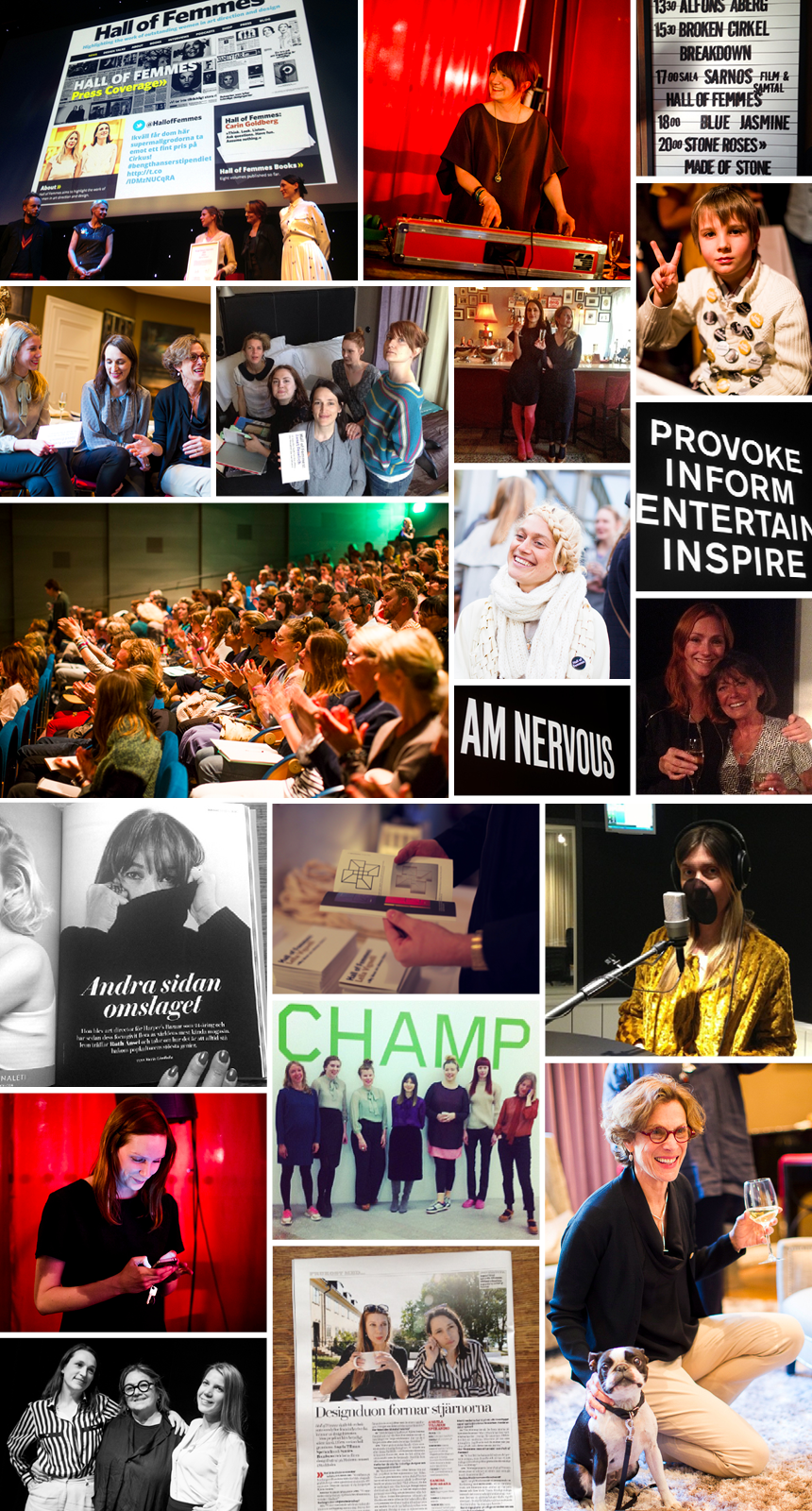 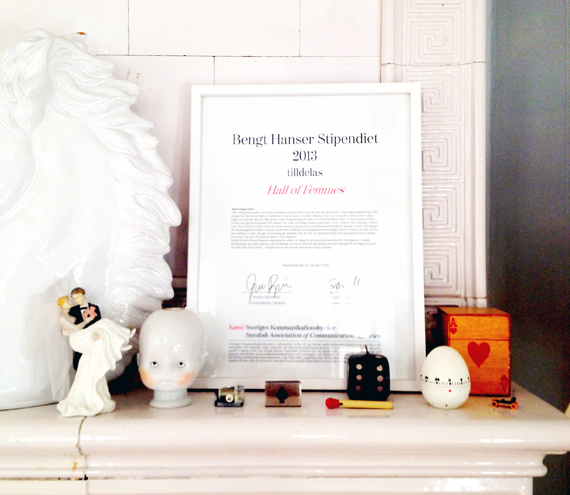 »With the help of sold-out lectures, hip podcasts, and multiple book-releases with international success, they’ve contributed to an improved industry for both men and women – and they’ve given us a more inclusive history of design.«

Hall of Femmes is the recipient of the 2013 Bengt Hanser award, presented by the Swedish Association of Communication Agencies (Komm!). The award was established to »encourage opinion-forming contributions that illuminate and argue the role of market communication in the economy and society.«