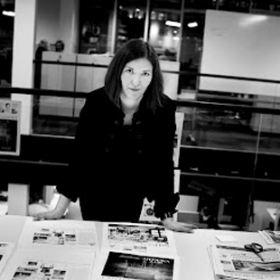 The realization that I wanted to work with editorial design came very early, that’s where my interests in typography, images as well as structuring a content and finding its rhythm comes together. During my first and second year at Konstfack University Collage I started the fanzine Orczy with a couple of friends.

Tell us about the first years of your career.

Pompe Hedengren and Peter Alenäs, art directors at the newspaper Dagens Nyheter at the time, accidently stumbled upon the fanzine, which led to an interview. I got a job as an art director assistant at DN På Stan in 2000 and after a while I became the art director for every issue. Dagens Nyheter was a very educational first job and it made me hunger for more.

What made you transfer to the newspaper Svenska Dagbladet?

I transferred there because I wanted to grow professionally. I liked the City section of Svenska Dagbladet and thought that they might need an art director, so I called up Clemens Poellinger who worked at Svenska Dagbladet Kultur. As it turned out, they needed someone for a project almost immediately. My ambition had been to be responsible for redesigning a newspaper, which the projects I got involved in eventually led to.

In 2003 I became head of design and was assigned my first redesign project. I think it came down to timing and hard work, but also my opportunity to work with Lena K Samuelsson, editor in chief at Svenska Dagbladet. A good working relationship with the editor in chief is very important if you want to improve an editorial product.

My role today means that I have an overall responsibility for the evolution of Svenska Dagbladet’s editorial product. I often have several projects running simultaneously. Some of the larger projects in 2011 was for example to redesign our website and to develop Svenska Dagbladet Insikt, a monthly magazine for the iPad. It was the first time I had designed for the iPad format, which was very exiting.

I work with several designers both in Sweden and internationally, it’s important for me to work with all of the different departments and continue to identify the people who can bring something unique to the project in question. It’s fascinating to see how amazingly well the editorial staff works together under pressure when a big story is breaking. I think I have become slightly addicted to that part of the job.

How do you view the leadership that comes with your position?

A lot revolves around communication, to create an environment where ideas can grow. I think it’s about being able to create something that inspires others and that they want to be a part of. To continue to move forward you constantly have to develop your method and approach, to have a vision and move towards the goal.

What are some of your favorite newspapers?

There are several that I think are leading in their part of the world: The Guardian, Clarín, Politiken, Los Angeles Times. I really like the temperament of the Spanish and Portuguese newspapers, there are several interesting new ones that are being published in Lisbon such as Expresso and Público.

While working with Hall of Femmes we have found several female art directors active in editorial design, more than in any other area. Do you have any thoughts why this is?

I never considered that there would be more female art directors active in the publishing world. When it comes to newspapers it is even more rare to find women in leading positions, there are still mostly men responsible for the design of newspapers both in Sweden and internationally.

I think of it as something in transition, right now my profession is dominated by men but it won’t always be that way. It’s important that more women continue to work as designers in the future because they can contribute a lot to the development of the profession. With time, I think the stereotypical view on who is an art director will change. 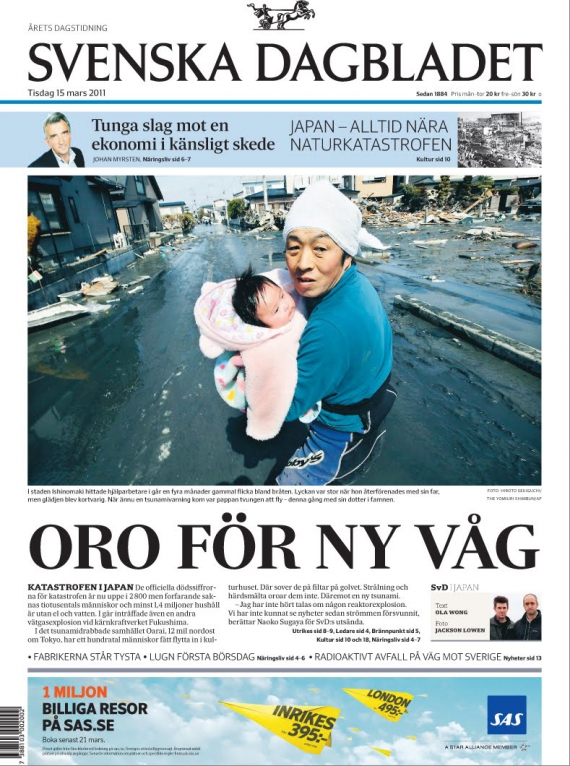 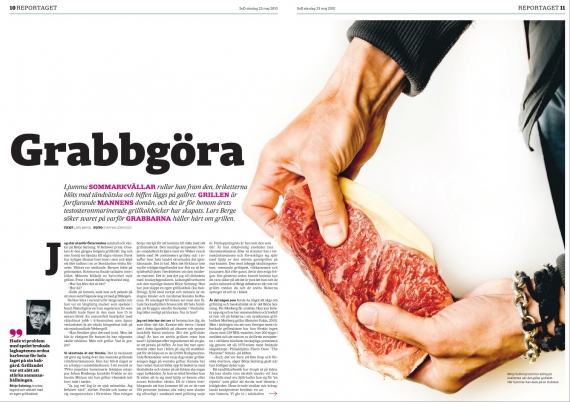