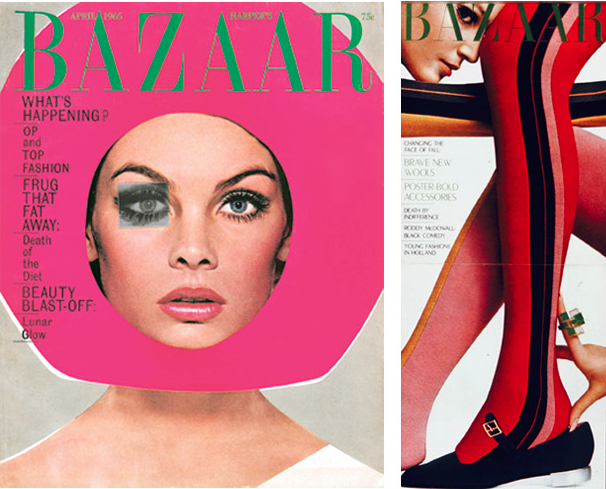 »I think you’ll fall in love with Lillian.« This is how Stephen, Lillian Bassman’s assistant, begins a letter to us before our meeting in New York. As it turns out, he’s right. To meet Lillian Bassman is to fall in love and we’re hardly the first ones. In every book and interview we’ve read, it’s obvious that Lillian is irresistible.

We visit Ms. Bassman in her combined home and studio on the Upper East Side. The building is a former carriage house and a black-and-white stone pattern covers up a hole in the floor. We learn that this is where they used to drop down hay to the horses in the old days. Now her son Eric lives on the ground floor, where Lillian and her husband Paul Himmel, who passed away in 2009, used to share a workspace. When we arrive she’s wearing a light blue man’s shirt with her bare feet up on a stool watching a World Cup match, England versus Algeria. Following a brief illness she now needs extra oxygen delivered through her nose via a plastic tube. In spite of the tube Lillian looks cool. It’s summer and her daughter Lizzie offers us iced coffee. We’re afraid that the noise from the fan will drown out the sound on our recording.

Over the past few years there has been a Lillian Bassman revival of sorts, and several books and photo exhibitions of her work have popped up around the world. She began photographing in the late 1940s, and for two decades her work appeared in almost every issue of Harper’s Bazaar, as well as in countless advertisements for high end brands. Her pictures capture the postwar feminine ideal, with long necks, sweeping skirts and narrow waists. It’s said that Carmel Snow, the legendary editor at Harper’s Bazaar, admired Lillian’s ability to make even the simplest piece of clothing seem glamorous. The women in her pictures are inaccessible in a way that’s very sexy; and even though they’re obviously posing, you get the feeling that they don’t know they’re being watched. They ooze integrity.

In the beginning of the 1970s, however, Lillian abruptly lost interest in fashion photography and turned to more personal art projects. She destroyed many of her negatives, but some she boxed up and deposited in an old unheated coal shed behind the house. She continued to shoot commercially and spent two years designing her own fashion line. 30 years later, an artist renting the downstairs studio stumbled upon the boxes while clearing out the shed and Lillian began revisiting her old work. It could be that Lillian’s great success as a photographer casts a shadow over her brief, yet important role within graphic design. In this book we would like to draw attention to that period.

At the end of the 1940s, as the art director at two of the most influential magazines of all time, Harper’s Bazaar and Junior Bazaar, she has a unique insight into the golden age of American magazine culture. The post war era was defined by its belief in the future, an optimistic and experimental climate that never ceases to appeal to art directors. Perhaps that fascination has reached its pinnacle today. After all, we live in a time when aesthetically, we are looking backwards rather than forwards. For years Junior Bazaar was solely a subsection within Harper’s Bazaar, a space dedicated to more youthful style tips and fashion. But from 1945–1948 it was an independent magazine. If we had been teenagers in the 1940s we would have bought every single issue. These days they’re not only hard to find, but also very expensive. When we lament this to writer Vince Aletti, famous for his enormous collection of fashion magazines, he replies: »I know. I’m the one who’s buying them.«

Though Alexey Brodovitch, Lillian’s teacher and mentor, is usually credited as the sole creator of Junior Bazaar, in fact it was Lillian who designed the magazine. Her life story reads like a movie and stretches across the entire 20th century. And because both Lillian and her husband were photographers, there are thousands of pictures from their lives. She describes her childhood as very liberal with a hard-working father and an independent mother clearly, the apple doesn’t fall far from the tree. She tells us how she and her older sister used to run around naked in the house and sleep on mattresses directly on the floor.

Lillian was just five years old when she met her future husband, Paul when he tried to drown her at the beach on Coney Island. Ten years later they became a couple and moved in together, while Lillian was still in high school. To us, her parents, who were emigrés from Russia and the Ukraine, seem like »real hippies«. Lillian corrects us: »No, they were bohemians.« Later, when we refer to her work as »punk «, she does it again »It was avant garde«.

When we leave the free-minded Lillian we are in an almost euphoric state. We walk along Lexington Avenue and dream about being a fly on the wall at the Bassman’s. Suddenly, the world feels like an open playground, ours for the taking.